Another global rollercoaster of a career. Meet Diana Prince, the London freelance copywriter at Idea Scout who’s worked with Mandela, as Deputy CD at Ogilvy in Moscow, and with the UK Cabinet Office. Now, where’d I put that red carpet? 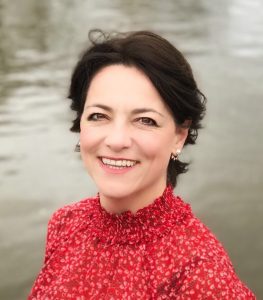 You’ve had an unusual career. Tell me more about the South African elections, Russian product launches and work with the Cabinet Office.

I worked on the ANC election under Mandela’s government. It was 1999 at TBWA Hunt Lascaris in Johannesburg. It was obviously a strictly confidential project with multiple NDAs so all members of the creative team only worked on that.

It was a hard slog but, with such a powerful subject matter, rich photo archive and a hair-trigger audience to speak to, it was an exciting time.

As I had voted in only one previous election and had been too young to march against apartheid, I wanted to make sure I did my bit to get the message out there.

To achieve this, aside from huge national media campaigns, we invented new media, finding completely innovative ways to deliver the information – radio ads on tapes (remember those?) and printed matchboxes, to reach the most rural population, many of whom were illiterate.

My role in Russia was Deputy CD of Ogilvy, in 2003. It was 10 years after the collapse of communism and the ad agencies were still emerging. So, I taught writers to be copywriters and artists to be art directors. Which is essentially, how to think inside the 30-second box – delivering succinctly.

It was a fantastic opportunity to work with some genius filmmakers, who’d grown up in the Russian film industry and really knew film inside out. We often filmed at Mosfilm, which had been the seat of communist propaganda. The irony was not lost on anyone.

There was a wealth of incredible illustrators too. The whole situation was fascinating. What struck me the most was that Russia never had a ‘hippie revolution’- they went straight from a 1950s-style mindset, to the age of excess, mobiles and the beginning of the digital revolution in the 90s. Mind blowing.

During Communist times, schools and achievements were so important that what we consider to be normal teenage behaviour had only just become mainstream in 2003. They’d never had graffiti as any kind of art form until about 1998.

Everything till that point was academic, formal and very much inside the rules. We managed to make great ads, mostly for Fanta and won awards for them in 2004.

My work with the Cabinet Office last year was a challenge – a steep learning curve. We were tasked with writing a crisis communications course for communicators worldwide. Under the guidance of a seasoned learning designer, I researched the topics.

I interviewed Public Health England on Ebola, The Met Police on Terrorism and The Environment Agency on Avian Influenza. I wrote the course, the scripts for video tutorials and most interestingly, made a simulation of a critical event, which learners had to live through and respond to in real time. I must admit, it was a big thrill having meetings in Whitehall.

You’ve worked around the world. Do you speak a few languages?

I’ve studied many languages but speak English and Afrikaans. I had to learn Russian to work and live there. It’s not something you pick up casually. If you want to invigorate your morning, try the 8am Russian lesson plus a near-death-experience taxi to work.

What was your favourite international gig?

When I went back to South Africa in 2013, I worked with The Hardy Boys as Head of Copy. We lived near the beach, so people surfed before work.

After living and working in London for so many years, it was eye-opening to see how much things had changed in South African advertising, with agencies servicing multiple African countries on some accounts as well as making original work for UK/Dutch/German/American clients, in the opposite direction.

We did a conference for RCL Foods and hired Bob Geldof as speaker. He stunned them by talking about the emerging role of unions of African farmers and the scourge of diabetes. It was a wild, revolutionary speech to deliver to the largest food company in Africa. But that’s Bob for you. The clients were riveted. And I was pleased to put the cat amongst the pigeons.

I worked on the Magnum social-media campaign, which trended worldwide on Twitter and won a few awards for PR. I also wrote and made a global series of 9 TV ads for Unilever.

You have a broad interest in literature, arts and culture. Do you feed off that?

Absolutely. I’m in love with live theatre and try to see as much as possible. It’s the discipline of telling a rich story in a small space, in a limited timeframe. Everything there is necessary. I marvel over the sets, the delivery of the lines, the writing and the actors’ ability to keep it sparkling every night.

More than anything, I love the liveness – the tension that anything could go wrong. I’m a big fan of The Man Booker Prize and, more recently, Audible, which keeps me screen-sane.

Yes, definitely. I own a house here and my family are here. Teenagers. You can’t move them – they’re rooted to their friends. And Zoom, plus Amazon, equals no need to go anywhere anyway. High heels and hiking boots are distant memories. But I’m remote and portable.

What’s the best piece of work in your portfolio?

What was the last book you read?

I’m busy with Where the Crawdads Sing and I always have a poetry anthology to hand – She is Fierce: Brave, Bold and Beautiful Poems by Women.

Any copywriting tomes you can recommend?

Creative Blindness by Dave Trott, or any Trott for that matter. And both Paul Arden books.

How do you beat writer’s block?

Where do you think copywriting is heading?

I think the ad industry in general is going to be doing a lot more online learning. Producing it. It’s almost the same discipline and I think it can be done infinitely better than what’s being done now.

Also, I think podcasts are the perfect COVID antidote – written and produced at home. We’ve all got screen fatigue after months of Zoom. But consumers/clients can take a podcast for a walk, to Richmond Park maybe – being healthy and learning something at the same time.

Any tips for newbie copywriters?

Firstly, have an opinion. Write a blog and include it in your portfolio, so CDs can see that you can write consistently from a perspective. Update regularly – it makes you come alive. Also, podcasts are simple to produce and can showcase your creative mind in myriad ways.

And what did you have for breakfast today?

Truthfully? Red velvet cake and a cup of tea.