If I said Perpetual Disappointments Diary, Corpoetics, Pentone, Text Radio and Realtime Notes, you’d know who I was referring to, yeah? You wouldn’t? Well, you have no business reading about the great Nick Asbury. Tsk. Loser. 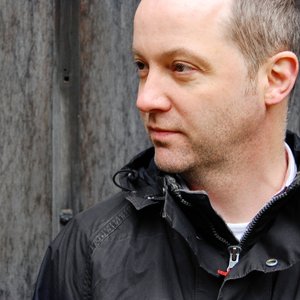 I did an English degree, flailed around for a couple of years, got a job in telesales (which taught me some old-school sales techniques), then got my first copywriting job at a recruitment ad agency in London.

Not wildly exciting, but it was good training – condensing down a pile of information into a tightly structured ad and working with an art director for the bigger campaigns.

You work with your wife, right? How does that pan out? What does your working partnership look like?

Yes, Sue’s a graphic designer by background. She’s worked with me on self-initiated projects like Pentone, Corpoetics, Perpetual Disappointments Diary and Realtime Notes.

But it was generally that kind of stuff, rather than client-facing work. In the last five years, she’s moved away from graphic design and is now pretty successful as a fine artist.

You’ve had plenty of side projects over the years, but what’s been your finest hour as an out-and-out copywriter? Personally, I loved your Little Chef stuff. That’s my kind of full English.

Thanks – Little Chef was fun to do. It was part of a big rebrand and Little Chef has since gone out of business, so we clearly did an outstanding job.

I guess the biggest projects have been Sideways Dictionary – a project with Google and the Washington Post that involved creating a dictionary of everyday analogies to help explain technological terms.

I love thinking about analogies – so much of the creative process involves finding lateral connections between things.

My other calling cards include ‘Dear World, Yours Cambridge’ for Cambridge University (with design company Johnson Banks). And more recently, I loved working on a set of John Le Carré book covers with designer David Pearson.

A book cover is an intimidating platform for writing – you realise how each word acts a graphic object as much as a word.

You’ve been described by Creative Review as ‘the designer’s writer’. What do you think they meant?

That was a few years ago – it’s a nice quote from my point of view, but in reality there were several more designers’ writers back then, and even more now.

I see writing and design as being closely connected – two sides of the same coin – and I’ve nearly always worked closely with designers, to the extent of being married to one.

I guess there are writers who specialise more in B2B, direct marketing or ad-agency work, but ‘design’ is my main world.

I do a mix of ideas-led stuff and strategic work – writing narratives that capture the essence of a brand. And I’ve always combined it with my own self-initiated projects, which I see as central to what I do.

Can you talk about your experimental poetry. Where did the idea for Realtime Notes from?

It started with zero planning – I was on my own in a pub, found myself writing something on my Notes app, took a screengrab and posted it on Instagram.

That was in August 2017 and I’ve been writing at least one a day ever since – usually in relation to political events, but also mixing in mundane and personal stuff. It’s a memoir in verse form, involving a lot of rhyme and wordplay.

I see it as a way of challenging one of the deepest assumptions about poetry, which is that it should take extended time to write and read. It’s interesting to see what happens when you speed things up.

Give us a flavour, maybe?

If you’ll excuse the language, here’s a recent one about Trump departing Walter Reed hospital.

We have nothing to fear

but fatal disease itself

from a monster minus

to fill the hole

You’ve got a new version of the Perpetual Disappointments Diary coming out soon. What can we expect?

Yes, it’s just come out – look out for the grey cover with a yellow band. It’s a fairly big update this year.

It includes some downbeat journaling prompts (Name three steps someone else could take to be healthier), a Boring Crossword and Misspelt Wordsearch, an Excuse Generator, and advice for Even Worst Case Scenarios (Escaping quicksand with a hangover/Fighting a crocodile while tired).

It was a personal project that turned into a proper published thing – I see it as an antidote to the relentless positivity and lifestyle-flaunting that you see elsewhere.

Something else I find fascinating is Text Radio. Tell us about that.

Yes, I started that during lockdown. I have conversations with people inside a shared Google Doc, so readers get this strangely intimate experience of watching the conversation unfold in real time.

It’s enabled me to have some in-depth conversations with writers, designers and musicians, often entering areas you wouldn’t go into on Twitter or elsewhere.

Anything else in the pipeline?

As well as the diary, I hope to have Realtime Notes Volume 3 out soon. It covers a year that included a general election, an impeachment trial, a pandemic, George Floyd and many more things – I think it’ll be the best iteration of that project so far.

Finally, what’s your end-game? Your ultimate goal? A novel? Fame as a comedic writer? Immortality?

I remember reading something by Scott Adams (the Dilbert cartoonist). He talked about how it’s better to follow systems rather than goals, and I think it makes sense.

If you follow a specific goal too narrowly (e.g. I must write a novel), it can close your mind off to other possibilities that present themselves.

My ‘system’ is about trying to maximise my freedom to do increasingly interesting creative things – mainly by following the interesting opportunities more than the money-making ones (although it’s always a balance).

I figure if I keep doing that, it will lead to more interesting creative opportunities in future. But part of the fun is not knowing exactly what they’ll be.