Over to Canada for the latest in what’s becoming a very occasional series. Lean in and listen to Dan Nelken tell us about his book, his football career, the politics of taking a dump mid-meeting, and the untouchable Justin Timberlake. 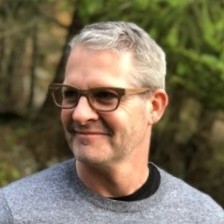 By taking several wrong turns. One of those turns was a program in radio broadcasting. While I was there, two guys named Chris Staples and Ian Grais came to speak to our class about advertising and showed some of their work. I couldn’t believe people could get paid to do what they do.

Blind to what the universe was screaming at me, I left to finish my psych degree. After struggling through a report on elder abuse, I was like, I think I’d rather write funny ads.

Yikes. I had no Plan A, so I’m not sure about Plan B. But the only thing I was really good at was soccer. Sorry, football. I trained with the pro team here in Vancouver but my claim to fame was a call from the director of player personnel from Leyton Orient in England.

At that time, they were in the 3rd Division and Peter Shilton, former England keeper, was their goalie. I came to London for a tournament and they were supposed to come watch. They never showed but contacted me the morning I was flying out to come train with the team. The stars didn’t align and that was the end of that.

You’re qualified in psychology. Does it help?

The education, no. But I think being constantly curious about my own psychology has definitely helped. I think the deeper you get to know yourself, the easier and quicker it can be to connect with others.

Although, if anyone ever needs a campaign to raise awareness for elder abuse, I’m their guy.

Haha… I’d been thinking about redoing my site forever. I reached out to a designer for some help. His site read, ‘Under construction’. He said it had been that way for years. I was so inspired. It was such a relief. And cost-saving.

I’m working on something now, though.

What’s your process like? Or do you just wing it?

The more I learn about creativity, the less winging I do. I leave time for winging but I’m becoming more and more boring and structured. I’ve been working in sessions lately. I set a timer for 50 minutes and put in focused work (no phone, no email, no socials) until it beeps. Break for 15. And repeat that 3-4 times.

Afternoons are for meetings and naps. Often at the same time.

What’s the creative scene like in Canada, as compared with the US, for example?

Americans have money. Years ago, a friend of mine had moved down to LA to work and after about a year, I asked this same question. I remember him saying instead of starting with a concept, the big ideas were often born out of what celebrity or popular song they could afford.

It reminds me of the scene in the movie Elf when the boss asks to see his top writer’s ideas and their big idea was to bring in a more accomplished writer: “We get Miles Finch.”

What one piece of advice would you give to writers/creatives?

Focus on learning and growing and the rest will take care of itself.

You’re passionately anti-burnout, aren’t you? Do you have any coping strategies?

Haha… are there people who are passionately pro-burnout? From my experience, there’s no coping with burnout. If you’re burnt out, you’re done. I won’t go into details but burnout was my rock bottom. I had no choice but to walk away and heal.

Got any memorable stories from your days in advertising?

I shared this story about a dickhead client recently in my newsletter. I’ll try and tell it quick.

He was the big cheese at a big company with the big office. His office was so big he had a boardroom table in it. And a bathroom.

During one meeting, in front of a packed boardroom table he got up and walked toward his bathroom. He said, “You continue, I can hear from in there.”

More than sound wafted into the room, I’ll tell you that much.

In my newsletter, I said I didn’t want to be like this man but I would have much nicer shoes and a much bigger house if I were 5% more like him.

I would say working on Nintendo Canada. We created a Nintendo Recovery Centre and shot several ridiculous TV spots where we treated Nintendo as an addictive substance. I loved how honest it was but we shot some stuff that would never fly today. It shouldn’t have even flown then.

While we were on set the scripts had somehow been leaked and appeared on gamer chat forums. They made their way to Nintendo America and our client’s phone rang while we were shooting. “There’s no way in hell this stuff is going to air.” All but one of the spots made it to air. But only in Canada.

You’ve got a book in the pipeline. Want to share details?

Yes, it’s so close to being published. It’s called a Self-Help Guide for Copywriters, and it’s the most comprehensive book ever written (by me) on the art of writing headlines and building creative confidence. I wrote the thing I needed early in my career and last week.

I’d say it’s the dumbest book on copywriting ever written because that’s what I needed. Nothing fancy. No foreword from an ad legend. Just a genuinely helpful resource.

Anything else you want to plug to my audience of millions around the world?

I have a newsletter where I share three creative somethings every Monday: Something Crafty. Something Self-Helpy. And Something Anything. It’s short, free, and easy to unsubscribe. And if your audience hates newsletter-thingys, they can just connect on the LinkedIn.

Any books on copywriting you swear by?

‘Hey, Whipple, Squeeze This‘ has been the most helpful.

Suzanne Pope has also been a great resource for me over the years. She was producing content before content was a thing and you can find her here.

She wrote something called An Inconvenient Truth for Copywriters years and years ago. It’s a free pdf you can find online and that was really helpful. Actually, my book is that document on steroids.

Who’s been your greatest teacher?

Do you think social media should be banned?

No, but I think there are many, many people who should be banned from social media.

You joined me in the Corona Copywriting Club this year. How was COVID for you?

Well, maybe it was just me, and this may surprise you, but I did not enjoy being in the club.

It peaked with me walking into emergency, dripping in sweat, barely able to stand. All I could say was, “I have COVID. I need help.” They scattered like cockroaches, as I slid down the wall to the floor. True story.

Without going into too much detail, I was severely dehydrated and needed an IV and some stronger drugs. Two days later I was cleared and now I’m back to the same shit shape I was in before I had COVID.

Overall, I do not recommend.

Oh, and have you ever been peed on by a lion?

Got any stories that are too long for me to publish?

I was working on McDonald’s back when they launched I’m lovin’ it. Justin Timberlake did the original commercial and he was contracted to make a few appearances at McDonald’s events.

I did some work for one of those events and was supposed to get a picture with him. But I was five minutes late. When I walked into the room, he was about to take a picture with a crew of giddy young girls who had won a contest.

As everyone got into position, two girls put their arms around JT. He stood up and started brushing off where they had touched him. The photographer said, “Don’t touch him unless he says it’s okay.” The girls were in shock for a brief moment. And then JT grabbed the two girls and said, “We’re just messing with you.” And they all laughed and hugged and it was a special moment. He was a wonderful guy.

Later that night, his handler still wanted me to get my photo so, after he performed, his entourage, the photographer, JT and myself were escorted through the kitchen, down the back stairs and out a ‘secret’ door where no one could find us and we could take this photograph.

As soon as the door opened, a swarm of maniacal love-struck teenage girls charged toward us. Justin and his crew jumped into the black Escalade. As he was shutting the door he said, “Sorry, dude.”

I was now locked out of the venue and surrounded by a disappointed mob.